The house call, once upon a time

You know all those Norman Rockwell painting showing a kindly, white-haired doctor coming to the house to give a child his or her checkup? Once upon a time in America, that was the norm. In fact, as recently as 1930 — well within the memory of many Americans — 40% of all patient encounters in the U.S. were house calls, according to a 2011 study in American Family Physician.

And such visits they were!

“Not only was the amount of time spent with each patient drastically different, but also the frequency of visits was astonishingly higher,” wrote Brent J. Herritt in a May 2012 paper for the Memorial University of Newfoundland.

Toward the end of the 1920s, Herritt’s research found, American doctors were, on average, making 3.6 house calls for the average illness. Even the common cold averaged 2.4 visits to a given patient. Can you imagine any practitioner today having time to visit your home three or four times for a single illness?!

The fading of a medical tradition

As time went on, most physicians couldn’t imagine such a thing. Over the half-century from 1930 to 1980, as medical institutions grew in size, prestige and complexity — and advances in pharmaceuticals made effective over-the-counter medications widely available at affordable prices — house calls plummeted.

By 1980, just 1% of all medical encounters in the U.S. took place in the patient’s home. Going to the doctor’s office, whether for a routine checkup or something requiring more than a trip to the pharmacy, was the new normal.

Yes, a few rural practitioners and old-timers here and there continued to pack the proverbial black bag and make their rounds through the village and to distant farms.

Such medicine, however, was mostly a thing of the past. 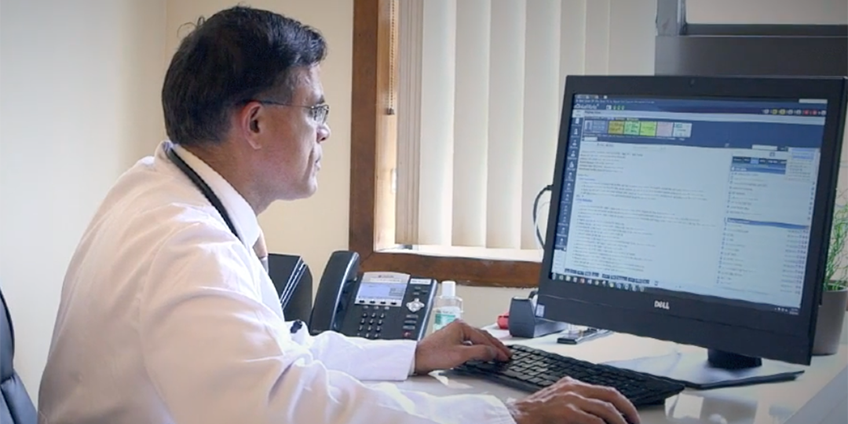 Answering the call for house calls

But in 2005, faced with an enormous number of elderly and chronically ill patients who were having difficulty getting to their medical appointments in and around the New York City area, he launched a new venture: EssenMED House Calls.

“We started way before everyone else, because we perceived a need in the community,” Dr. Sahgal said, explaining that there are many reasons patients don’t keep their appointments. Those reasons often have nothing to do with their health directly, but could be a lack of transportation or a caregiver’s need to work.

Dr. Sahgal’s simple insight was that bringing care to some of the most challenging patients wasn’t a once-in-a-while exception, but would have potential benefits for thousands of patients, as well as their caregivers and families.

EssenMED House Calls began with 40 patients. Eleven years later, the practice has 4,000, and a key ingredient in that growth has been Electronic Health Records.

“In the past there were limitations on what you could do in the home,” Dr. Sahgal said. “Now, because of the eClinicalWorks EHR, we are able to access the patient’s record in the setting and comfort of their home. We not only examine them, but also make our notations and share them with the other members of the caregiver team in a well-coordinated manner.”

Patricia Tobon, EssenMED’s director of communications and manager of business development, notes that for many of the practice’s patients, the first month following a hospital stay is critical. With the right care, patients can lower their risk of being hospitalized again, which disrupts lives, increases costs, and exposes patients to the risks that come with being in the hospital setting.

From tech tussles to seamlessness

Instead of hassling with constant cycles of downloading and uploading files, logging in and out, and wrestling with records — which was their experience with their previous EHR vendor — EssenMED providers now enjoy a seamless, mobile, and secure, cloud-based system.

That has meant EssenMED can deliver the full range of its services, including care management, coordinated home care, diagnostic and specialty care, and transition-of-care services for patients returning home from a hospital stay.

The results are clear, including a sharp reduction in hospitalizations among EssenMED’s patient population. 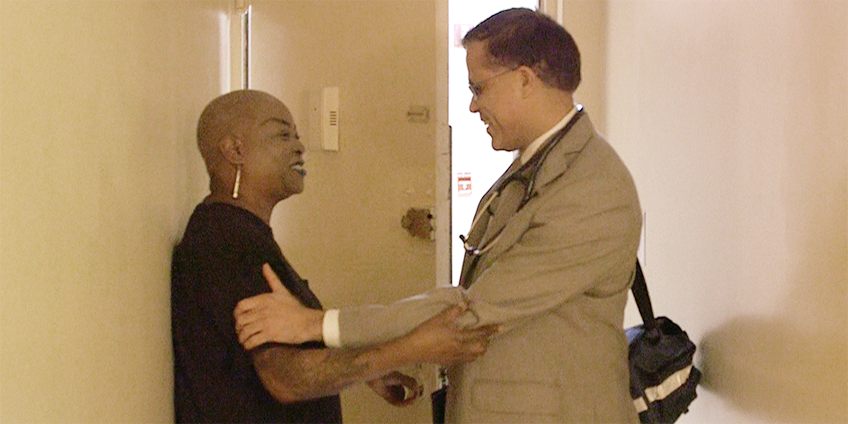 Amelia Rose, mother of Azurdee Scott — whom Dr. Sahgal said is among the most complex patients he has ever cared for — told us that EssenMED House Calls has changed her life, keeping her daughter out of the hospital and permitting her to keep a regular work schedule.

“Before, when the providers came out to the house, they had to first print out all the information in the office,” Rose said. “Now they have laptops. They can pull up the person’s file, and everything is there, the medications, the last time they went to the hospital, urine tests, cultures, blood work. That’s a big help.”

A secure place in medicine’s future

Dr. Sahgal acknowledges that it will take time for the house call to find its place in today’s medical landscape.

According to a 2013 survey by the American Academy of Family Physicians, only 13% of their members had made any house calls in the previous year.

The reasons for the slow growth, Dr. Sahgal believes, are three:

But with the nation’s population aging, and more and more of the elderly having multiple chronic conditions that require substantial care, Dr. Sahgal has no doubt the traditional house call is on the rise again. 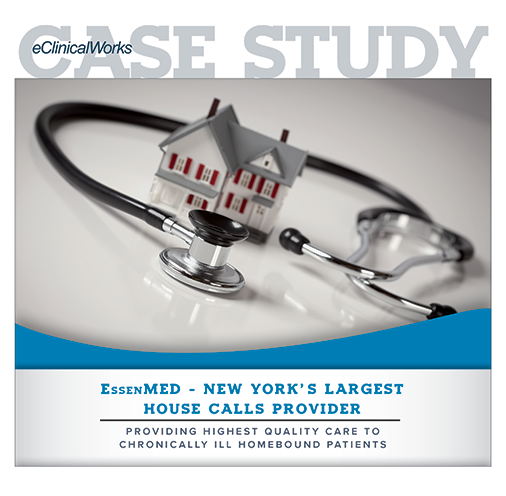