Leading the Fight Against Lung Cancer

While every medical practice has distinctive characteristics — from its providers and location to the way it approaches daily workflows — the medical challenges that practices face do not vary all that much from place to place.

Compass Medical, a 25-year-old primary care organization & an Accountable Care Organization in Southeastern Massachusetts, recognized that their 80,000-patient population faced the same problems seen anywhere else in the U.S. That’s why, following their March 2015 Go-Live with eClinicalWorks, Compass Medical took aim at one of the most widespread killers of all — lung cancer.

According to the American Cancer Society

Compass has become a center of excellence for lung cancer screening in Massachusetts. Since 2017, the practice has used the eClinicalWorks EHR to identify and screen more than 2,000 patients considered at risk for lung cancer. In that group, 19 cases of lung cancer were detected and treated.

“Lung cancer’s a whole series of things,” said Dr. Michael Myers, Chief Medical Officer at Compass. “It’s age range. It’s smoking status. It’s smoking history. We were able to develop some criteria to help our medical assistants. We were able to embed questionnaires through eCW so they could determine if a person met those criteria. And then let the physician know, this person probably is a candidate for a screening.”

Compass has now screened about 80% of all patients considered to be at risk for lung cancer. 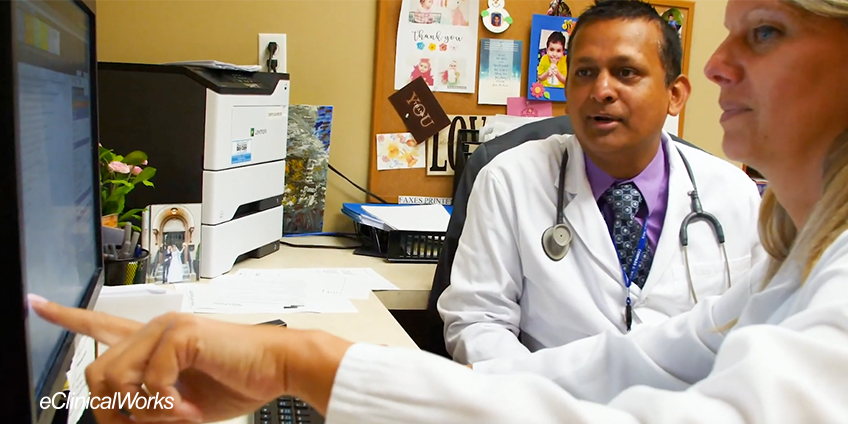 “The key to a cure is finding it early so you can get people cured in radiation or surgery or medical oncology,” he said. “Our ability to do that work is aided by the systems that we’ve set up, the questionnaires, the templates, the Order Forms. We then track and follow these patients carefully over time because they have to have annual scans.”

Lung cancer remains a serious threat to the lives and well-being of Americans. But early detection and treatment are making a difference. Mortality fell 6.5% between 2005 and 2016, according to American Cancer Society figures. eClinicalWorks remains committed to helping medical practices with the tools and techniques they need to continue reducing the incidence and impact of this all-too-common illness.

Since 2017, Compass has used the power of eClinicalWorks to screen more than 2,000 patients at risk for lung cancer. See how Compass is leveraging the power of data to better manage their patients and fulfill their mission of providing compassionate care to their communities.