The fact that America is aging is no secret. According to the Population Reference Bureau, the number of Americans age 65 or older is expected to double by 2060 — to nearly 100 million. Nor is such information new. The trends have been apparent for years, and even if the estimates vary here and there, there’s no doubt that the nation’s average age is rising — bringing a lot of healthcare challenges.

Many physicians, and not just those specializing in geriatrics, have seen an increase in the numbers of their patients facing serious health challenges as they age, and have been devoting additional resources to their treatment for years.

Both academia and the medical industry have been paying attention. For more than 15 years, The Partnership, a joint effort between Johns Hopkins University and the Robert Wood Johnson Foundation, has conducted research into chronic illness and aging, while seeking to spread that information to lawmakers, business leaders, and the healthcare industry.

And for more than 30 years, the Stanford Patient Education Research Center has been developing and deploying self-management programs for those with chronic illnesses.

But sometimes it can take a while for good ideas to gain the attention of healthcare authorities with the power to make the policy changes necessary to implement them.

That has been the case when it comes to focusing on patients with multiple chronic conditions. Although policymakers had long recognized the need to devote more attention to the healthcare challenges of aging, It was only on January 1, 2015, that the Centers for Medicare & Medicaid Services inaugurated the Chronic Care Management program.

Initially, CCM allowed practices to be paid approximately $42 per patient per month for spending at least 20 minutes of non-face-to-face time on the case of each patient with two or more chronic conditions. In 2017, CMS revamped the CCM regulations to take account of more complex patients, and adjusted reimbursements accordingly. They now range from $43 for basic CCM services to $94 for Complex CCM, or more depending upon meeting other conditions and billing code requirements.

The CCM program is a welcome recognition that patients with complex needs require more attention than others. Investing in such programs, and doing so in ways that enable practitioners to provide such care in meaningful and sustainable ways, holds the promise of improving outcomes while cutting long-term healthcare costs. 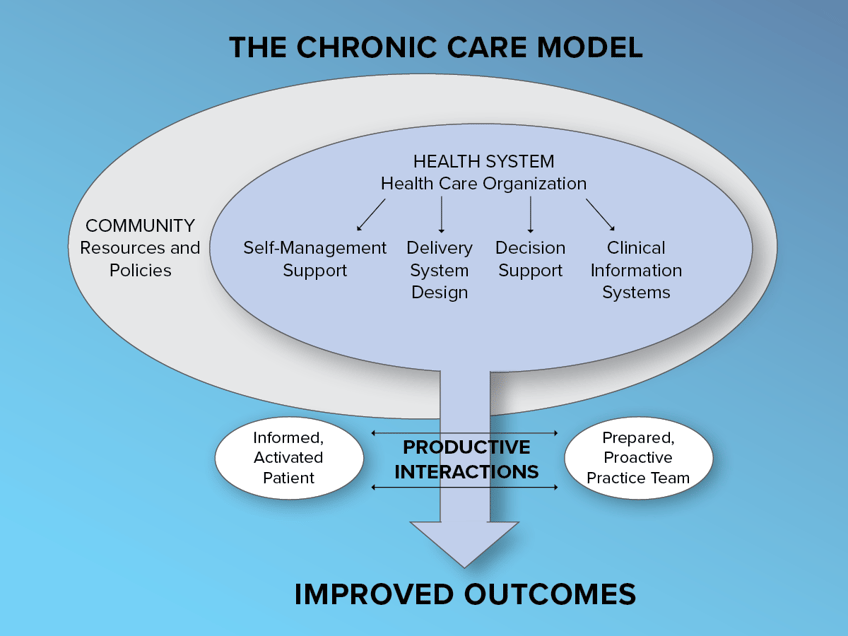 The Chronic Care Model was developed in 1998 by Ed Wagner, MD, MPH, Director of the MacColl Institute for Healthcare Innovation, Group Health Cooperative of Puget Sound, and colleagues of the Improving Chronic Illness Care program with support from The Robert Wood Johnson Foundation.

Adopting CCM, and a solution

Dr. David K. Haseltine of Pawleys Pediatrics and Adult Medicine in South Carolina quickly realized that CCM had enormous potential to help his practice manage the needs of their patients.

Dr. Haseltine first heard about CCM in “one of these throwaway journals that everybody gets in the mail” — the kind that usually get a bit of attention and are then discarded.

But the buzz around CCM didn’t fade, and Dr. Haseltine and his colleagues decided to move ahead with it, directing their staff to look into how to implement the program. Just three months later, they were ready to proceed, and had eClinicalWorks’ CCM solution in place.

While not every provider at Pawleys initially shared Dr. Haseltine’s enthusiasm, they soon came around. And if there were any lingering doubts, the case of veteran Robert Grove put those to rest.

In 1966, Grove returned from a tour of duty in Vietnam, where he had had a case of dysentery that destroyed his pancreas. He had made the rank of full colonel before he was declared medically unfit for service because of his diabetes and was released. He and his wife bought property in South Carolina in 1994, and, following her death in 2002, Grove continued to live there, remaining active, and obtaining his medical care from Dr. Haseltine.

Early in 2015, Grove enrolled in the CCM program, although he doubted the program could do much for him, since he had always been fit and active. That December, during a routine call with his case manager, Grove mentioned he had been having some chest pain, which he thought was muscular in origin, since he had no family history of heart disease.

But the staff at Pawleys were concerned, and had Grove come in for tests. A catheterization revealed three blockages. Just days later, Grove underwent surgery that almost certainly prevented him from having congestive heart failure, or even a potentially fatal heart attack.

Today, instead of spending his life in and out of the hospital, Grove has fully recovered his health and is back to his usual active lifestyle. 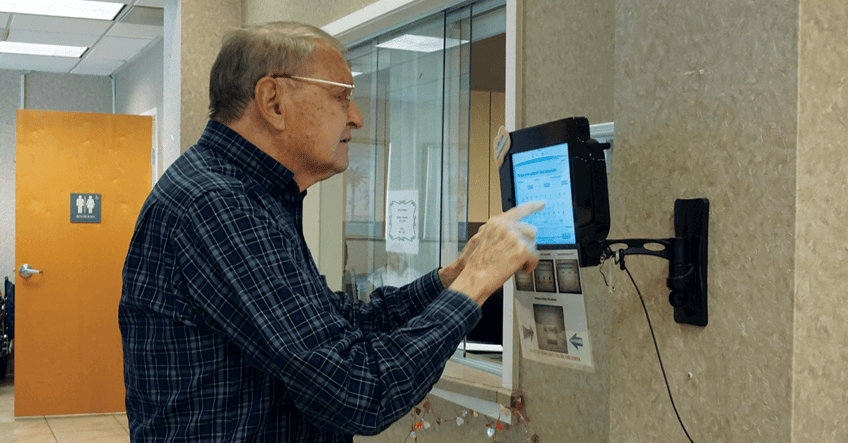 As one of the first practices in their area to undertake CCM, Pawleys has learned how to blend their existing workflows with the program’s requirements to remain focused on quality care.

“Initially we have the doctors set out at least two goals that they want their patients to accomplish through the nurse care manager,” Dr. Haseltine said.

While CCM saw fairly slow adoption rates nationwide in its first year, that pace has steadily accelerated as practices such as Pawleys have demonstrated success with it. Dr. Haseltine has no doubt that CCM is here to stay, and will only continue to grow as it continues to show results and the number of Americans who can benefit from additional care continues to increase.

“It allows you to figure out how to provide services to people on an ongoing basis, rather than just one time that they’re in the office,” he said. “For us, that a necessary step in making sure that we’re a viable practice and making sure we’re here to serve our patients for the long term.”