A Direct Path to Better Security

Every day, millions of Americans, including healthcare providers, grab their computers, tablets, and smartphones and fire off emails — to family, friends, coworkers, and business associates. Many medical providers also continue to use a much older technology — the fax machine — to transmit sensitive patient data.

We may think our communications are secure. After all, our messages usually go through, and security problems are relatively uncommon for any given business or healthcare provider. But dangers abound, and the consequences of even a single security breach can be enormous.

When you hit “send,” your email embarks on an electronic odyssey across multiple servers and networks, not all of which are as secure as they should be. At multiple points between sender and recipient, there are dangers. Messages can be intercepted. Hackers can steal passwords. If not properly encrypted, patient data can be compromised.

Providers who still rely on fax machines may believe that — while slow and sometimes troublesome — the fax is more secure than email, as well as more reliable when dealing with electronic systems that may not easily communicate with each other.

But as this story from Wired explains, seemingly secure networks can be hacked through your fax machine. And nationwide interoperability networks have made communications among disparate EHR systems easier than ever. 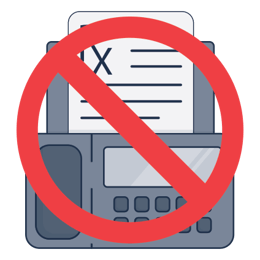 The bottom line is simple: It’s 2020, and the technologies and networks exist to replace fax machines and move away from vulnerable email networks.

That growth is likely to continue, particularly since most providers are involved in reimbursement programs run by the Centers for Medicare & Medicaid Services (CMS). Federal healthcare regulations require such providers to use an Electronic Health Record that is capable of sending Direct secure messages.

As for the fax machine, CMS Administrator Seema Verma has called for physicians to eliminate their use entirely by the end of 2020.

Why Direct Is More Secure

Unlike regular Instead of using an email service such as Google’s Gmail, healthcare providers using a HISP have Direct email addresses that follow a standard format.

Say Dr. Smith wants to send a patient’s immunization records and visit summaries to Dr. Jones. She simply uploads a message to her HISP, which in turn sends it to Dr. Jones’ HISP. Dr. Jones receives and reads the message.

Fortunately, providers don’t need to understand any of the technical details. With a Direct address and HISP-HISP connections in place, they can focus on patient care. And they can do so with confidence, secure in the knowledge that any communications they share with other providers are as secure as possible using current technologies.

Why Join the Network?

eClinicalWorks has been a leader in providing healthcare providers with secure means of sharing patient information. Back in 2012, we launched the Join the Network™ (JTN) venture, creating a nationwide network for secure, peer-to-peer communications among providers, regardless of which EHR vendor they were using. 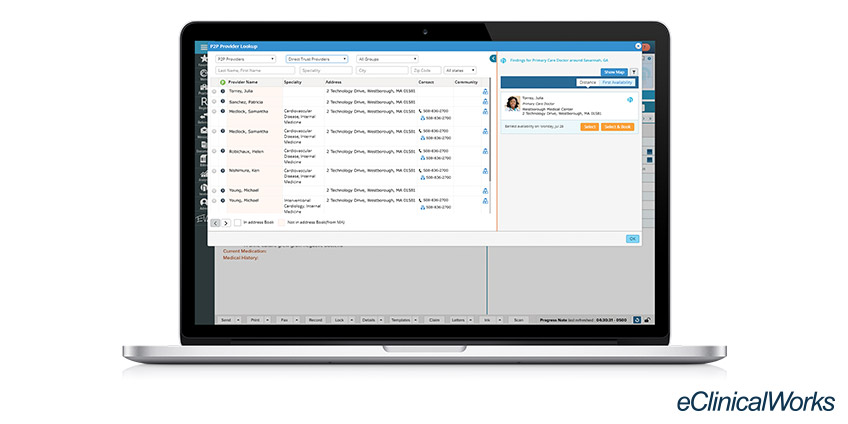 At eClinicalWorks, we are 5,000 employees dedicated to improving healthcare together with our customers. More than 130,000 physicians nationwide — and more than 850,000 medical professionals around the globe — rely upon us for comprehensive clinical documentation, along with solutions for Practice Management, Population Health, Patient Engagement, and Revenue Cycle Management. Privately held, and driven by innovation and excellence, we have a single focus — providing our customers with secure, cloud-based solutions to their healthcare IT needs.