Another full day at the National Users Conference! The sessions that were held today included Immunizations and Injections: Give it a Shot! Best Practices for CCMR Implementation, Patient Home Health Monitoring, Private Payer Dashboard, Meaningful Use and Interoperability and so many more. Along with these sessions were the hands-on-training which included Making the Transition: ERA, UDS and eClinicalTouch.
Attendees flocked to the photo-sharing booth to share their conference photos with friends and colleagues. Twitter was also filled with tweets that included our #eClinicalWorks and #NUC2014 hashtags. We hit 5,000 tweets since Friday morning and we still have one more day to go! The Podcast booth had its final live podcast that recapped the entire conference. The audience enjoyed going over the entire conference and reminiscing on what was taught throughout it.

Several prizes were presented, including at the my.eclinicalworks.com booth and for Twitter engagement during the conference. Give Kids the World representatives were on hand to receive a donation from the conference. Tomorrow will be a shorter day with eCWCentral, hands-on-training and support being the highlights. 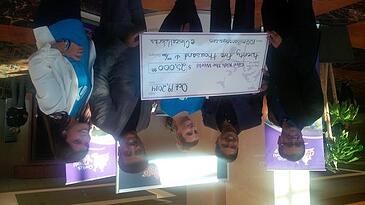 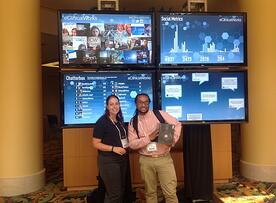 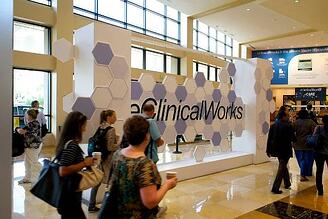 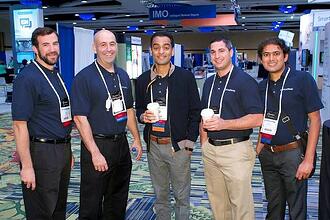